Clients are also very popular in the operating world. Many people claim that they have clients in their possession and control. Some even claim to be in control of thousands of clients. What is meant by client? When an attempt was made to find out, there were as many words as there were mouths. Some perpetrators say that the client is called Hamzad. Some say the client is a jinn. Meanwhile, an activist belonging to the Deoband school of thought, also known as a cleric, said in a video that the client refers to angels. This means that when it is claimed that there are clients in my possession, it is as if he is saying that there are angels in my possession. However, most people think that Hamzad or Qareen means those who are every human being. Is born with the one who is also mentioned in the hadith is called the client, and this is the jinn with whom some non-shariahs try to make contact and it sometimes comes in contact. 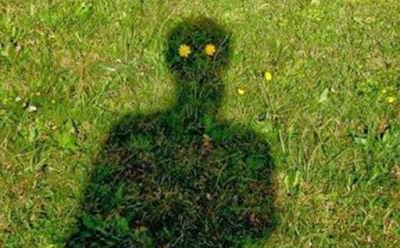 Can the giants be controlled, that is, completely under their control, so that they can do whatever they want? So the answer to this question is no, it can’t happen. Of course, there is a link and connection with the giants, but they are not completely under their control. In any case, it is not permissible according to sharee’ah for you to take possession of the jinn and use whatever you want, because they too are a devoted creature of Allah just like human beings, just as it is not permissible to enslave any human being as well as any jinn Slavery cannot be allowed. There is some detail in this regard which has been explained by Hazrat Mufti Shafi Sahib in his book Maarif-ul-Quran. He says:

In short, if the conquest of the jinn is done by Allah for someone without any intention or action, as has been proved about Sulayman (as) and some of his Companions, then it is a miracle or a miracle. And in the conquest which is done by practice, if the words are disbelief or the deeds are disbelief, then it is disbelief, and if it contains only disobedience, then it is a great sin, and the jurists should also use words which do not know the meaning. On this basis, it has been said that it is not permissible to say that these words may contain words containing disbelief, polytheism or disobedience. Qazi Badruddin has also written in Akam Al-Marjan that the use of such unknown meanings is illegal, and if this act is through the conquest of the names of God or verses of the Qur’an and there is no sin in it such as the use of najasat etc. At the same time, it is permissible to avoid the persecution of the jinn oneself, or to save other Muslims, that is, to repel harm, not to attract profit, because if it is made a profession of gaining wealth, then it is not permissible to be involved in it. Hur means to make a free man your slave and to take away from him what is haraam without the right of sharee’ah and Allah knows best (Ma’arif-ul-Quran: 2/3).

It is impossible to control the giants.

I don’t think it is possible to control the jinn because there is a supplication of Hazrat Sulaiman (as) in verse 35 of Surah As-Saheeh:

Translation: Hazrat Sulaiman (peace be upon him) prayed: O my Lord, forgive me and grant me a kingdom which no one will get after me, surely You are the Great Forgiver.

Allah Almighty accepted their supplication and what He has given you which He did not give to anyone later is mentioned in the next verse:

So We subjected to Solomon the wind, which was gentle by his command, wherever he wished to reach, and We subdued to him the rebellious jinn, all kinds of architects and divers, and many. To the other jinn who are chained. This is our innumerable bounty, so do good or withhold.

These verses show that the conquest of the elements and the conquest of the jinn was the result of the prayer of Prophet Solomon (peace be upon him) which he prayed with the words that no one should be found after me. So to claim today that we conquer the jinn and subdue the jinn is a fabrication. There is a narration from the Prophet (peace and blessings of Allaah be upon him) in this regard:

On the authority of Abu Hurayrah on the authority of the Prophet (peace and blessings of Allaah be upon him) he said: “The monster from the jinn is disgusting at the bar and the word of the grammar is cut off at the time of prayer. Lee Malikalainbaghi ​​Lahad Man Baad. Qal Ruh Farda Khasaa. (Bukhari and Muslim)

Abu Hurayrah (may Allah be pleased with him) narrated that the Prophet (peace and blessings of Allah be upon him) said: Last night a rebellious jinn came to me suddenly. Or something like that you said, he wanted to interrupt my prayers. But Allah Almighty gave me control over it and I thought of tying it to a pillar of the mosque so that all of you could see it in the morning. Then I remembered this prayer of my brother Solomon (O my Lord! Give me a land that no one will have after me). The narrator of the hadith narrated that the Holy Prophet (peace and blessings of Allaah be upon him) humiliated and expelled this Shaytaan (Bukhari 461. Muslim 1209).

Some actors say Yes, we do not do anything illegal, but we make friends with the jinn in a lawful way and use them. I don’t think that’s right either, because we humans have all kinds of people, both good and bad. There are guardians of Allah and those who work for the religion and there are those who do bad deeds. Exactly the same is the case with such giants, among them there are those who are good and there are those who do evil and vile deeds. If we look at human beings, those who are good and guardians of Allah and those who work for religion do not fall into such vile deeds, but they live a normal life and work for the religion of Allah, such as Mufti Taqi Usmani, Mufti Rafi Usmani, Mufti Muneeb-ur-Rehman, Haji Abdul Wahab, may Allah have mercy on him, etc. The great scholars of every sect, who are also great in knowledge and also great in piety and piety, do not fall into the cycle of these practices. Even among such giants, those who are virtuous do not fall into these cycles. Now, inevitably, even in human beings, those who have small thoughts, inferiority and greedy minds get involved in this work and from there, even among the giants, those who have inferior and evil minds fall into these cycles, so they get in touch with each other and then Some believe in it and some believe in it and act on it. 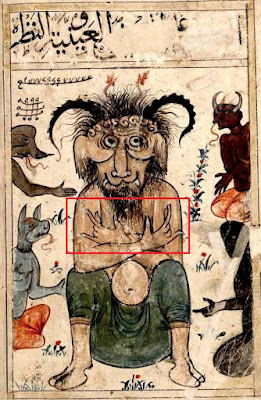 Important question and its answer

Here the question arises that if the giants are not subdued and controlled, then how do some working magicians tell some things to people, such as telling someone their name without asking or telling some other things?

The answer to this is that the human cousin, that is, the one who happens to be with every human being, some of the moves are made to create a link with him. There are some practices through which a link is sometimes established with the cousin. Through this nephew, some things are known to be incomplete, and people are told. In order to create such a link and make friends with the jinn, some things are done which are not allowed in the Shari’ah but sometimes one has to disbelieve. Then the devil is happy and establishes some link. In particular, two things have to be done, one is humiliation of humanity, the other is insult to religion. It is only after doing these two things that the devil becomes a friend, and then you have to do such things over and over again to get the job done. Another important question arises here: Why does Satan want to humiliate humanity? So, in fact, the quarrel between man and Satan started from the fact that Allah said: Walqad Karmana Bani Adam. We have bestowed favors on the children of Adam, so Satan refused to acknowledge this and said: I am better because man is made of dust and I am made of fire. So even today those who want to befriend the devil cannot make friends unless they humiliate themselves. So it is impure to learn and master this practice and to become a magician. Have to live in stools and dirt.

I myself got a voice message from a woman from Karachi and she said I am a woman from a good family but I am married to a man who opens the gutter lid and walks inside the gutter and sits in the gutter for many hours. Sometimes he turns off the lights in the room and sits for hours burning candles. Saudi police raided a house on a complaint and saw a man lying in a pile of toilets. He used to collect faeces in the bath tub in the bathroom for the first several days and then he started lying down in it. All this is done by the devil so that man may humiliate himself by lying in the dirt.

Practitioners and sorcerers learn another major offense during their course, insulting the religion and the Qur’an. Nawazullah wears the Qur’an as a shoe, throws it in the dirt, commits adultery with one of his mahram women, for example, sister or daughter, then the devil establishes a friendship.

Sacrifice of human life in the name of Satan

In the same way, the third major task in learning these things and making friends with the jinn is to sacrifice human life in the name of Satan. For this purpose, a minor has to be raped and strangled to death. Therefore, in our society, such incidents happen every day that a child is abducted and then a few days later his body is found, examination and postmortem reveals that he was sexually abused before and Then he was strangled to death. Although there are cases of rape of older women in our country, there is no murder. We keep hearing that in a certain area, two slaves raped a certain woman and fled. While minors are strangled to death in any incident of child abuse, although if the intention was merely to rape, they would run away after being raped, but this is not the case here because it is a necessary condition to be beaten.

First of all, it is not possible. If it were possible, these perpetrators and magicians would have removed the Prime Ministers and Presidents of the countries and sat on the throne themselves, when they wished to remove the Army Chiefs and Chief Justices. Until now, the Indians would have destroyed Pakistan through jinn. Or the Afghan Taliban, who are undoubtedly the guardians of this era, would not have had to fight the United States for twenty years Give